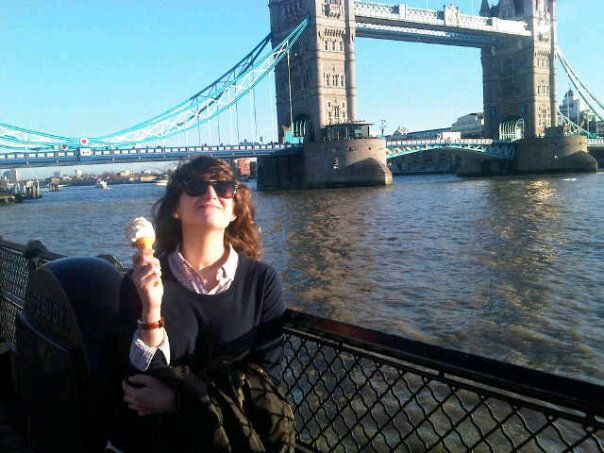 This past week has been an interesting one. I’ve been referring to it as being in ‘leaving-purgatory’. With the knowledge that I’ll soon be gone, I am neither here nor there. I will be sad to leave, of course, but having known that this day would come I did my best to not waste a second since I got back in October. I’ve made more friends, explored more new places, and spent more time walking that I ever though was possible in two and a half months. It has been pretty wonderful.

Sure we didn’t always agree on everything.

You were appalled when I brought a milkshake from one restaurant into another, even though I still intended on ordering food from said second restaurant. You think military time is easier, while I continue to find this preposterous.  What I considered to be the second floor you insisted was the first. You said trainers. I said sneakers. You said trousers. I said pants. You said pants. I said underwear. Sometimes things got a little confusing, but we always made it work.

Over the last (not consecutive) thirteen months I’ve come to appreciate your uniqueness. No other city shares such an immense love of fire doors, royal families and public drunkenness. No other city is so fearful of eye contact or so confused by that large burning mass that occasionally appears in the sky. I’ll never quite get the need to have five or more different types of solid milk chocolate in one vending machine, but hey, whatever floats your boat.

You’ve brought out some characteristics I never knew I had. I could probably join a circus with my acrobatic balancing ability learned on the top decks of your buses. I’ll always appreciate a good cup of tea, and I’ll always despise slow walking tourists and pigeons.

No matter where I go, I’ll always be a little bit of a Londoner.

Here’s looking at you, kid.